Charter of the City Municipality of Kranj 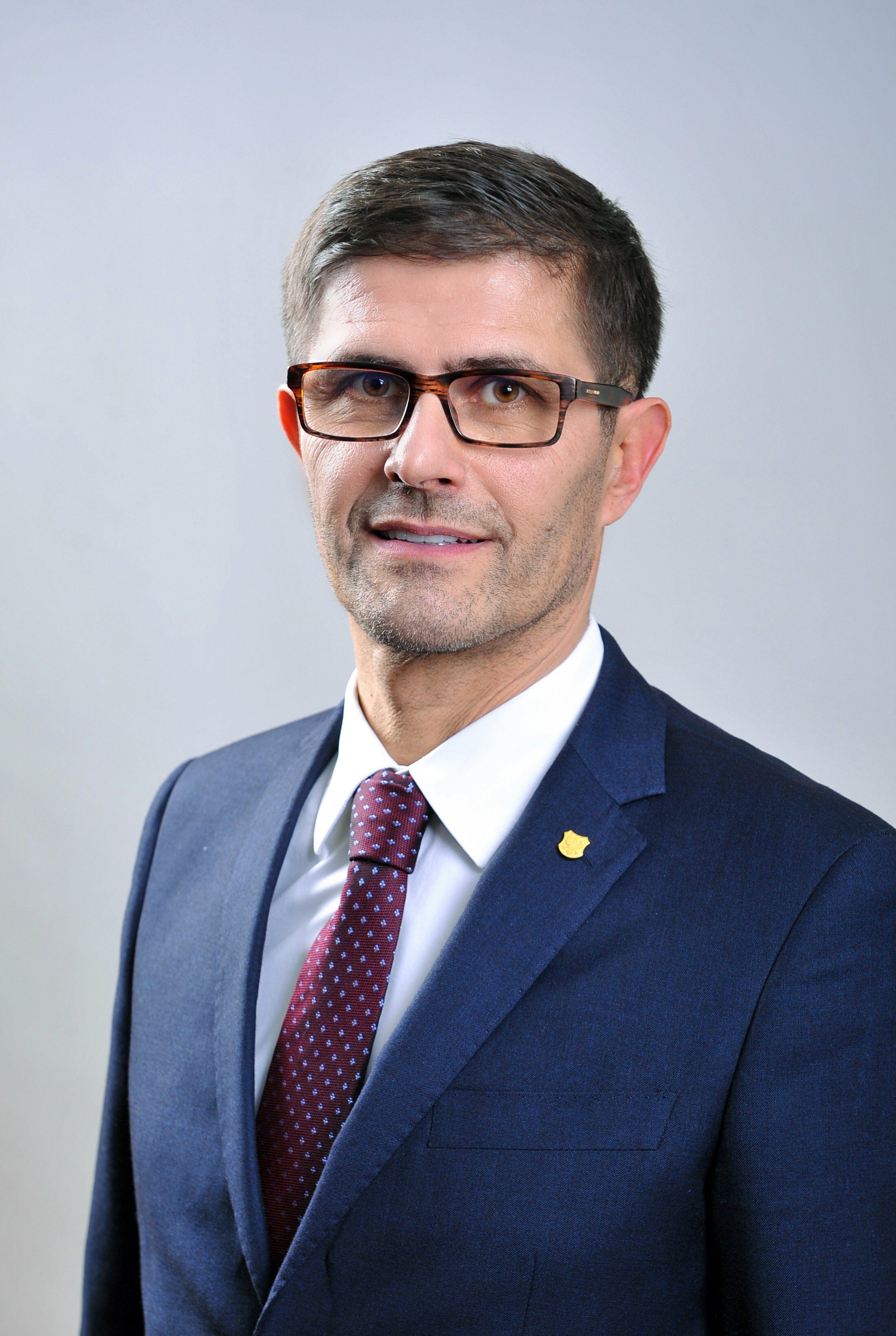 The Mayor of the Municipality of Kranj (MK) is Matjaž Rakovec. His term began on December 20, 2018.

Matjaž Rakovec was born on September 2, 1964, in Kranj, to his mother Ana and father Marijan. He attended the France Prešeren Elementary School in Kranj and then the Kranj Secondary School. He later graduated from the Faculty of Economics at University of Ljubljana.

He is known to the public mainly for his rich experience in the world of sports and the economy. As a member of Kranj's Triglav club, he played in the Yugoslav water polo league. Later, he was the president of the Water Polo Federation of Slovenia for five years and took the national team to the European Championships in 2006. He is the president of the Hockey Federation of Slovenia for the third consecutive term. He twice took Slovenian "lynxes" to the Winter Olympics.

He was employed at Zavarovalnica Triglav for a total of 19 years; in the years from 2009 to 2013 as the President of the Management Board, where he led the insurance company to record profits and twice received the Best Financier of the Year award. For several years he was the head of the Triglav Group (whose parent company is Zavarovalnica Triglav) with over 5,500 employees in six countries. In his professional career he performed several other functions, including being a management consultant at Mercator and director of Studio Moderna.

In his free time, he stays active, travels, and enjoys watching sports events.

Despite his recognizability, Matjaž Rakovec remains simple and open to everyone. He is a father and husband who believes that we all need an environment that offers us opportunities for personal development and gives our private life satisfaction and allows as much free time as possible. He wants to restore Kranj's reputation as a strong and reputable regional centre. He is convinced that the greatest potential of Kranj are the people who should be given the opportunity to live and work in Kranj.

He says of himself: “I always try to work to the best of my ability. My recipe for success is: do the work that makes you happy most of the time, surround yourself with the right people, and encourage constructive criticism within the team.”

The Mayor of Kranj performs the following tasks: